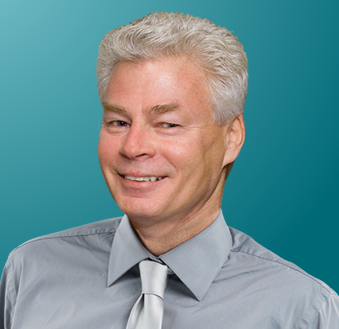 Fresh out of college, I joined a small, secretive, high-tech start-up to eventually play a leading role in one of the most famous innovations and cultural revolutions of our time: the birth of electronic banking. Similar in many respects to the close-knit Macintosh team at Apple that developed the first personal computer, Transaction Technology Inc. (TTI) was a clandestine Citibank subsidiary with an idea that changed the world.

I started as one of only a handful of people and served in a variety of roles through the years as the organization grew nationwide. When the technology was perfected, I headed a team that coordinated production of almost 1000 ATMs, installation, and subsequent maintenance, of the world’s first large-scale auto-banking network in the New York Metropolitan area.

The most valuable lesson I learned from an eventual 20-year career at this entrepreneurial startup is that leaders create corporate culture, which either stalls or accelerates project execution. As TTI grew from a small start-up into Citibank’s National Technology Division with thousands of employees at offices around the country, I started up a national communications department. I counseled leaders and managers to establish a unified culture that supported Citibank’s aggressive marketing strategy – a One-Bank-US vision made possible when technology united all branches nationwide with a standardized set of products and services.

My experience at Citibank ignited my passion for helping leaders shape corporate culture to unlock human potential. After leaving Citi, I consulted with a variety of great organizations. For one assignment, Ernst & Young wanted to gain a competitive advantage when recruiting talent at the nation’s top colleges. I enlisted a team of innovators to develop the technology and recruiting event that repositioned E&Y on the campus. All E&Y offices nationwide adopted this revolutionary recruiting event and exceeded their best expectations when they hired more than 600 new professionals that first year.

Next I proposed an innovative idea to the CEO at a top 25 national PR firm we launched the company’s first internal communication business function. Projects involved assisting leaders at such companies as IBM, MetLife, Honeywell, and Motorola with merger integration, diversity recruiting, employee morale, and internal collaboration.

In 2012, building on a career that integrated lessons learned in neuroscience, Positive Organization Scholarship, leadership, and corporate culture, I launched Janusian Insights. I now help leaders gain Extreme Clarity about their futures, and introduce them to the Competing Values Framework, cited as one of the most important frameworks in the history of business. Organizations find this framework particularly effective to develop leaders, change culture, create strategy, and accelerate the execution of virtually any change desired.

A few facts about me